Roman numerals were once in very common usages in the mainstream. In the current scenario, these Numerals have limited usage across several occasions.

Here in the article, we are going to compile the Roman numeral chart 1-10. We believe this chart would facilitate the easy learning of Roman numerals for all our readers. 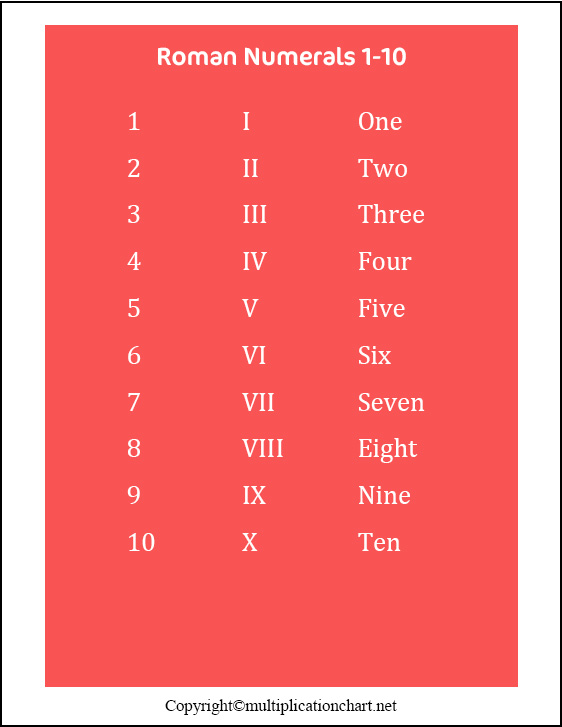 We understand the significance of printable charts as the learning tool of Roman numerals. Keeping the same in our consideration, we have prepared the interactive printable chart. 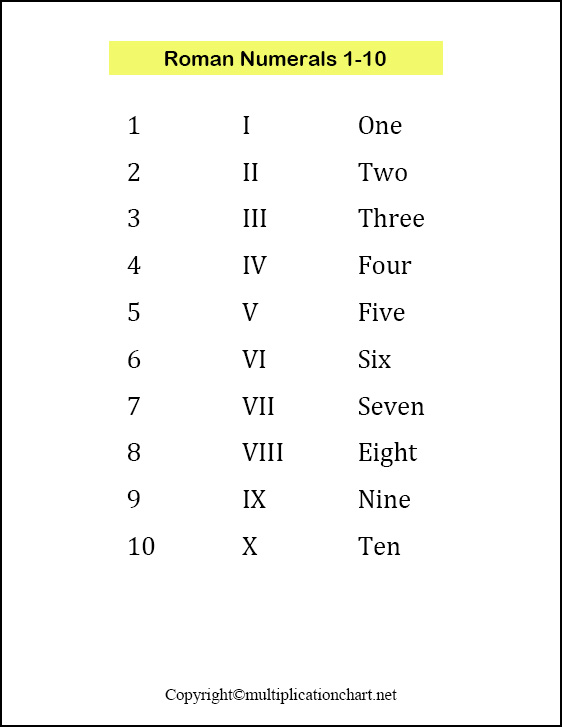 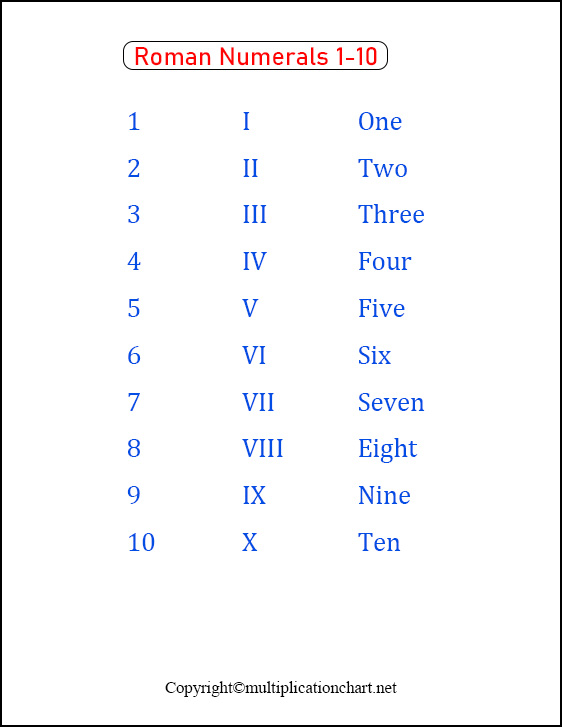 You can refer to this chart whether you are a school going kid or is an adult learner. The chart would guide the readers in developing a thorough understanding of Roman numerals 1 to 10.

The other significant advantage of this Roman numeral chart is its digital format. In other words, the chart also facilitates the digital learning of numerals to the readers. 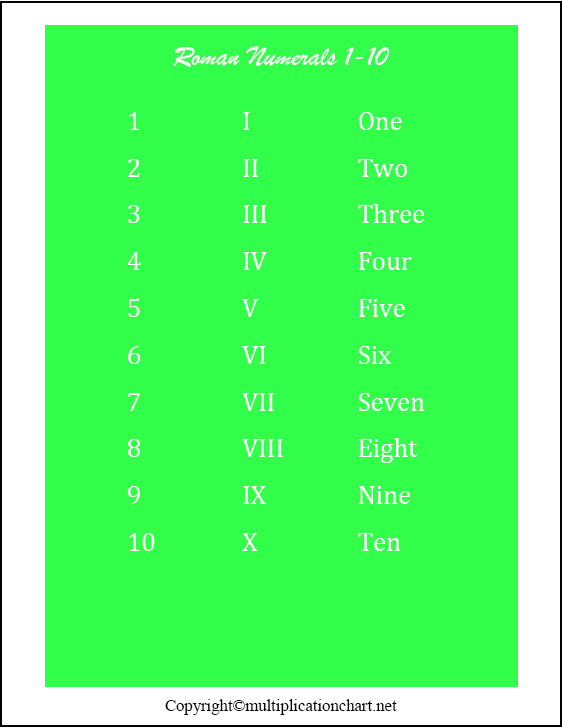 They can access this printable Roman numeral 1-10 chart in PDF, Word, Excel, etc. Moreover, the chart is also available to use in the hard physical format of tables.