Roman numerals are basically derived from ancient Rome as the core numbering system. Later, the Roman numerals got wide usage across the whole Europe and another part of the world. 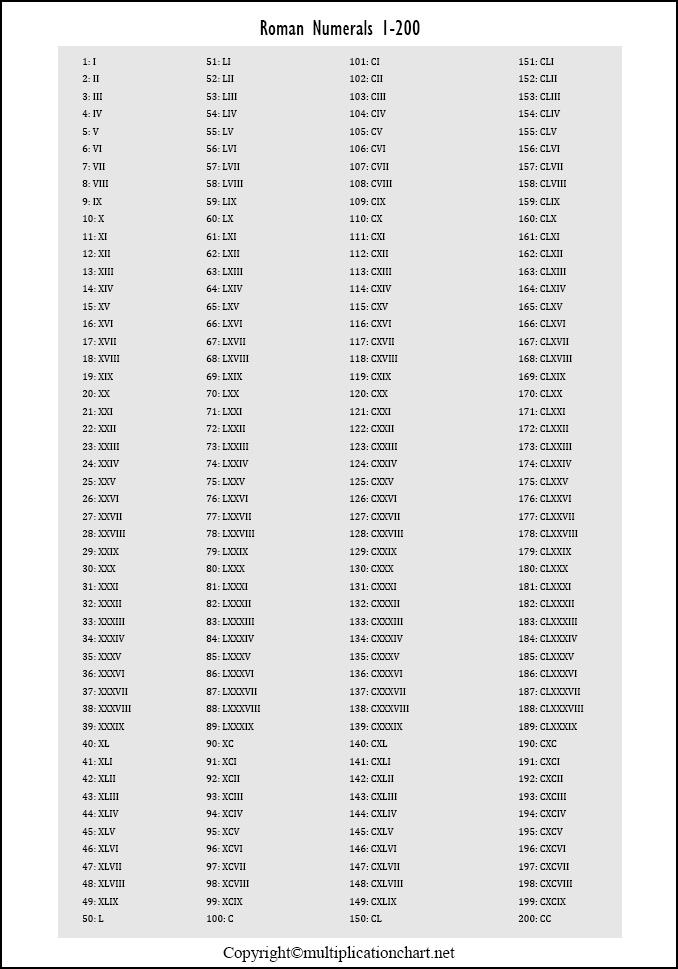 Roman numerals were quite popular and in usage until middle age. Later, with the passage of time Arabic numerals replaced the Roman numerals. In the current scenario, Roman numerals have no to very little significance. These numerals are now significant on very special occasions around the world.

For instance, Olympic events use the Roman numerals to denote various numbers across the event. In a similar manner, the numerals are useful in some historical writings as well. 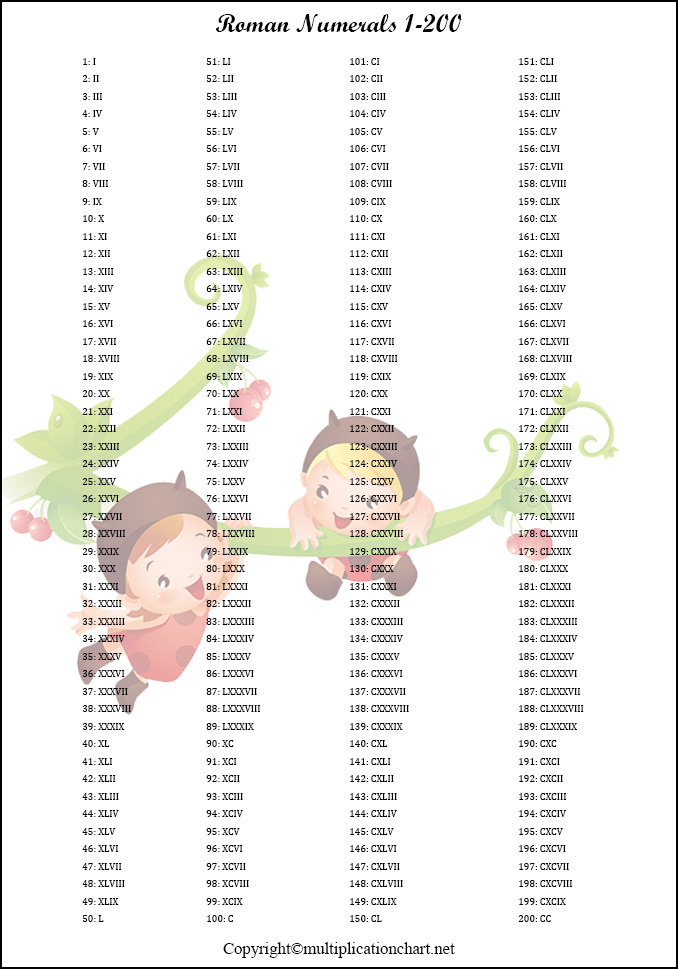 So, if you are interested in learning Roman numerals then feel free to start with our numeral chart. The chart will guide you in starting the systematic learning of these numerals. 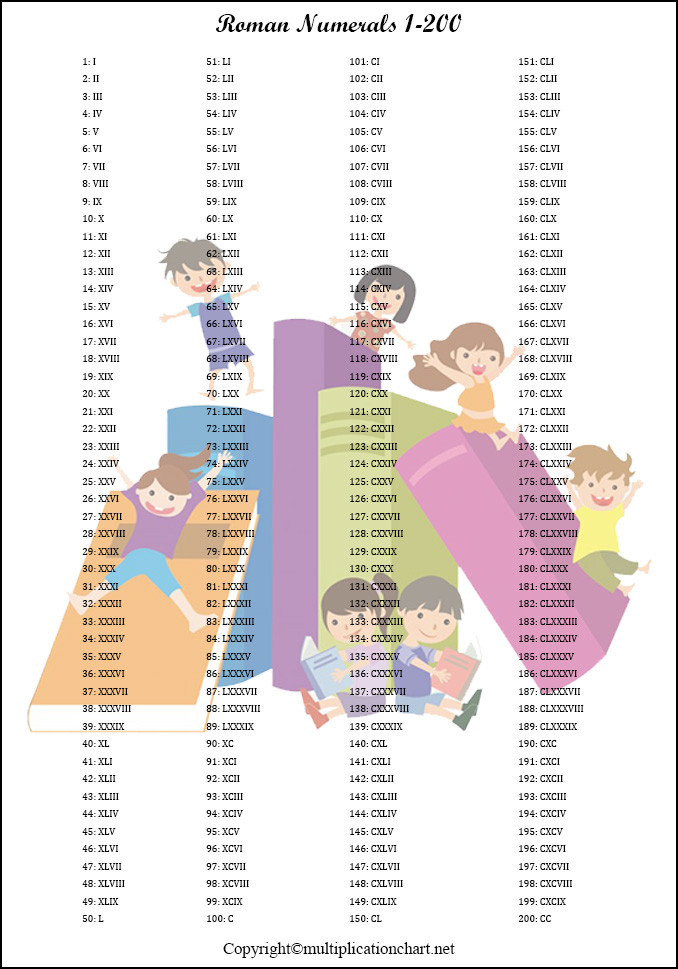 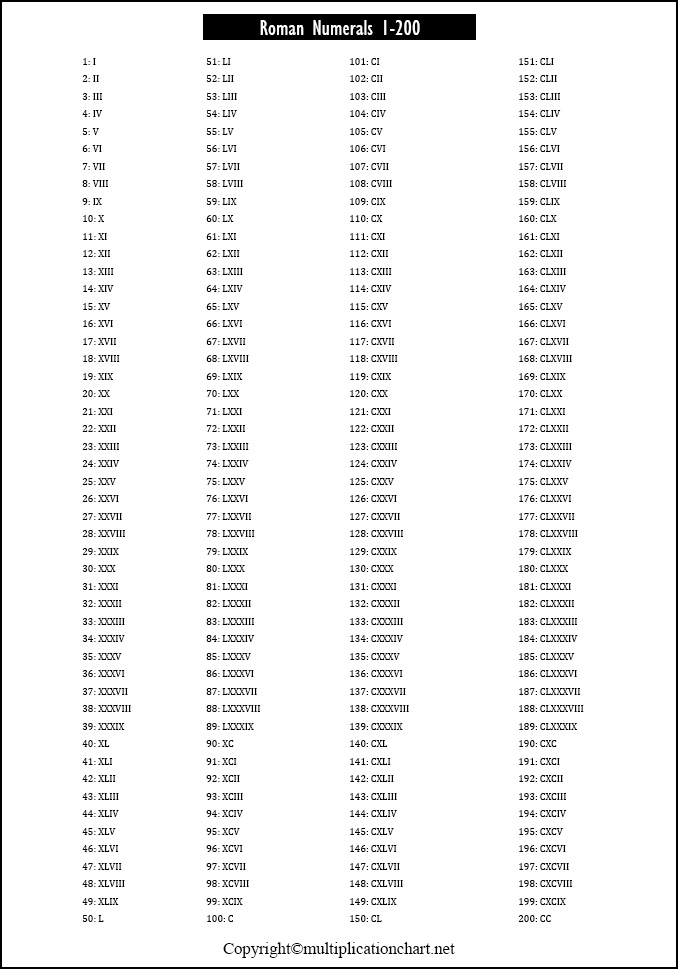 The chart is distinctive in nature from the general textbook and thus provides some special features. For instance, readers can have easy and anytime access to the chart. Being the printable chart you can print it easily from here and then use as per the requirements. You can also share it with your friends/classmates to begin the online learning of Roman numerals.